Let’s face it, Shane Nicholas has one of the greatest jobs around, managing the amp line of the most revered and popular amp brand for more than sixty years. Fender has created the most popular models out there – the Deluxe, Twin, Princeton and Bandmasters continue to inspire millions of players as well as countless other builders (Marshall’s first model was a copy of the Bandmaster and Mesa Boogie’s first model was a modified Princeton). How does Fender manage to stay Fender under those conditions, while still offering new groundbreaking amps? We find out in this interview. 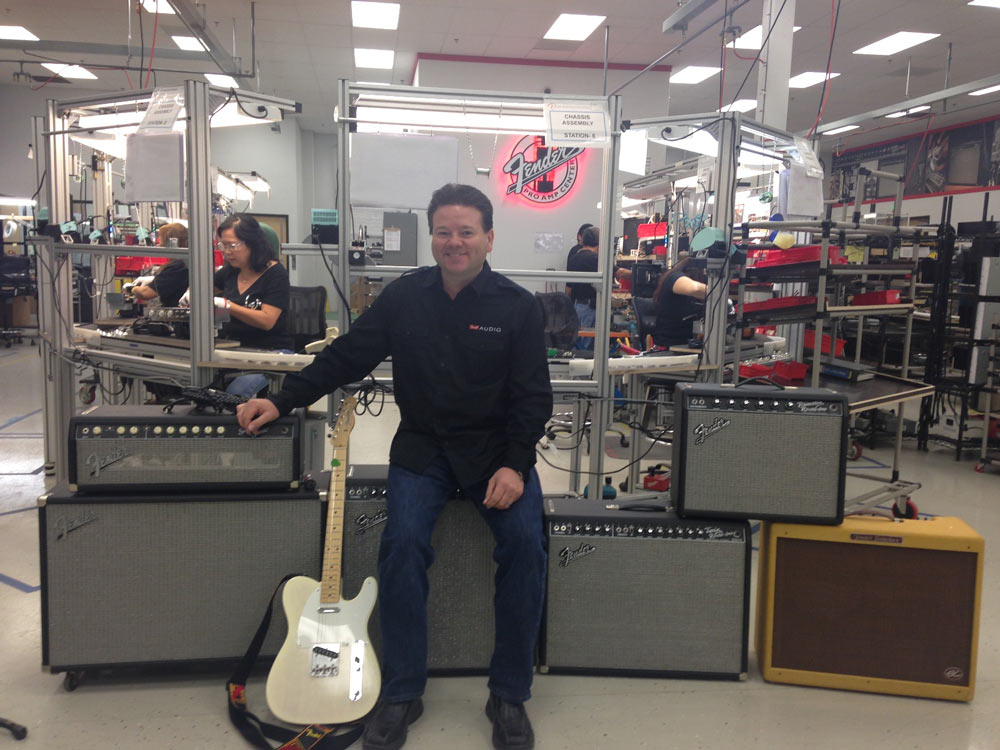 What is your exact position at Fender?
I’ve been a product manager for Fender Amps for a long time. Therefore I’ve been involved with the development and bringing to market of every guitar amp that we’ve done for over 10 years.

What does your day to day job consist in?
It’s basically managing the product line, working on what new amps we’re gonna bring to the market, analyzing the business so that we can manage a product’s life cycle when it’s time to discontinue it, and everything from “Hey, we ran out of tweed, can we use this other covering?” and I say no! I have to defend the quality, the image, the look and feel and sound of the amps. Sometimes a component becomes obsolete and we have to either discontinue that product or make changes to it, that happens a lot. A company that makes speaker cones goes out of business so we have to listen to a new cone… My job also includes standing at the NAMM show, being on TV and telling people about it!

Do you have any ability as a builder?
I’m not a engineer but I have done some repairs to amp in my personal life as a musician. I have taken them apart, learnt how they work and all that kind of stuff. I’m not a builder; I’m more of a career musical instrument guy. We’re very lucky, in this very building in Scottsdale we have about 40 engineers so I work with them and just bring my musical knowledge. I’ve played a thousand gigs, I’ve been working in a music store, I know a lot of musicians and I bring that to the engineering theme and they bring their knowledge of the schematics and the ones and zeroes.

What kind of music do you play?
I’ve been playing guitar for about forty years, and the style that’s truest to my heart is classic rock, the great sixties and seventies guitar guys and all the British bands. But throughout my lifetime I’ve played in country bands, in terrible wedding bands, and I’ve also played five or six times with Alice Cooper! So I can say I’ve been playing with a bona fide rock star. A bunch of Fender guys have played with Alice over the years because he lives here. When you come to work at Fender, you’re the best guitarist in your hometown and you arrive here and everybody’s like that! 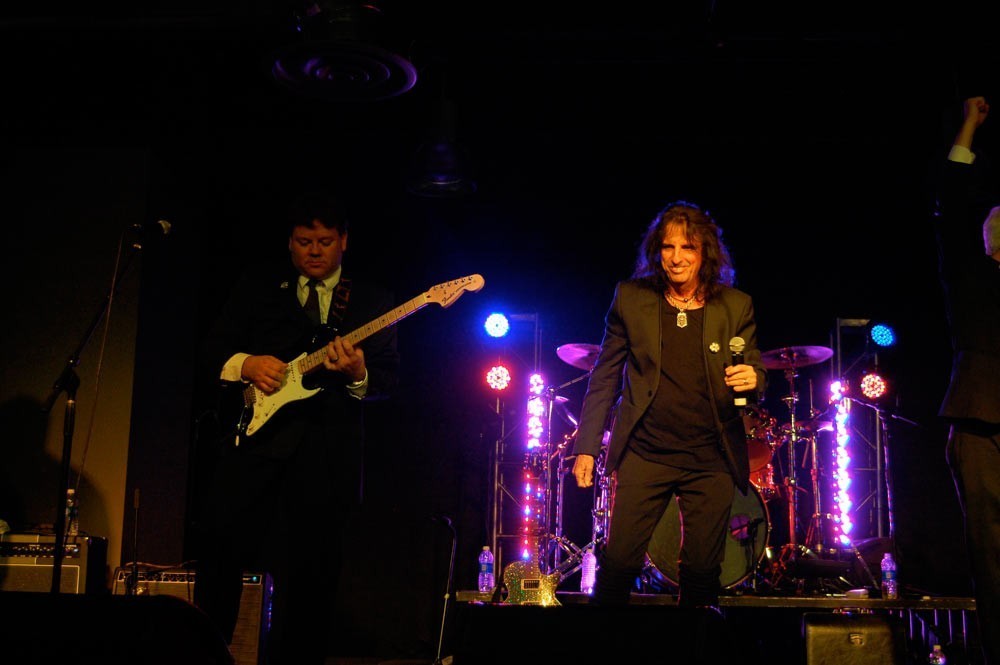 What is the typical development process for a new amp?
It varies very much depending on what type of product it is. If we decide that we’re gonna reissue an amp, like we did with the blackface Princeton Reverb a few years ago, we have an old amp, or multiple old amps, and we put them on a table. Then the engineering team and the manufacturing team have to figure out how close we can get with components that we can buy today, complying with global regulations that we have. I want to look and sound like this: how close can we get? A project like that takes a year. If we do something like a Mustang amp, which has digital and analog, wood and speakers, LED displays, preset, code, firmware, software… that project is probably more like 3 years. And Fender probably has the most diverse product offering of anybody. We have a 59-dollar bedroom amp with the Frontman 10, digital amps, acoustic amps, bass amps, affordable tube amps and very high-end tube amps like the Vibro-King. It is a very broad product offering and what we do is try to continually refresh different parts of the line based on what the market is doing or what musicians are asking for. Or in some cases some new technology has become available or some old technology has become obsolete.

Fender is in a difficult position, trying to add new models while respecting the legacy.
Being that we’re Fender – which is almost a 70-year old company at this point – a lot of people have different ideas about what Fender should be. Some people think the most important thing is to be historic, and some people think the most important thing is to be cutting edge. So we do as much of both of those as we can. We have many customers, consumers, musicians who think the best amps ever built were in the fifties or sixties. So we build some of our amps like we did back then. Those amps will never go away because there’s a 60 year-old history of great recordings and live performances with them. In the same way that people are always gonna want a grand piano or a saxophone, it’s an instrument that has a body of music that goes along with it. But at the same time, everybody’s carrying around a cell phone in their pocket that can do all kinds of amazing things, so we can’t ignore that new technology. Mustang amps are very technology-based and as you can imagine we’re working on more things like that. So how do we decide? First and foremost, is it true to the Fender brand? Is it true to our mission which is to make great tools for musicians and music enthusiasts? Fortunately at Fender we have a whole office full of people who are players, who are really into this stuff. Some of them are carrying around an iPad with a guitar amp modeling software, and some others are carrying around a ragged old Tweed Deluxe. And they all work here! 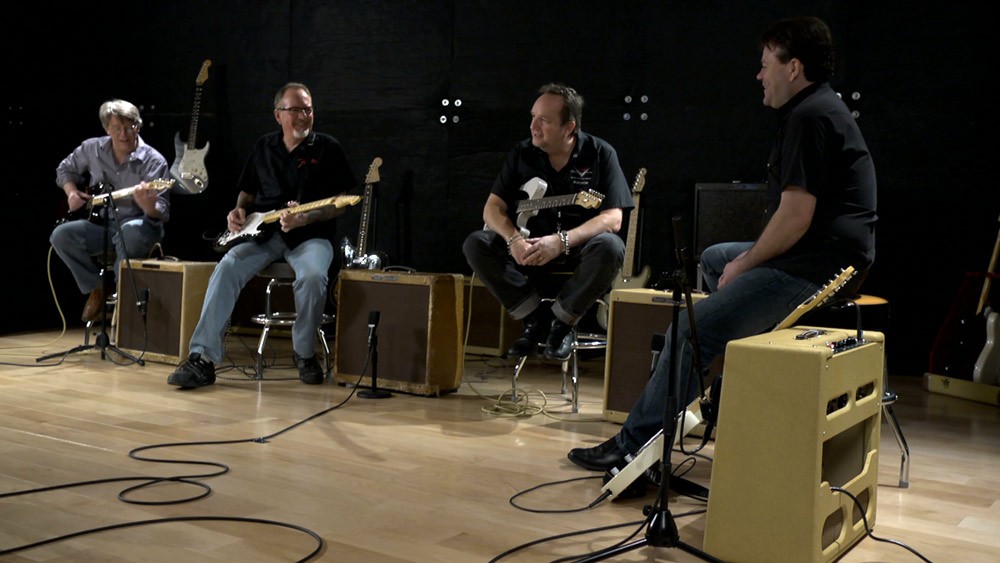 You’re basically gonna get a bad rap for being too conservative but also for being too innovative.
And no matter what product we release, there’s always gonna be people who think that it was stupid!

What’s your favorite amp?
If you’d asked me that fifteen years ago I would have said ’59 Bassman, but if you ask me today I’ll say Deluxe Reverb.

What’s the reason for that evolution?
I don’t play as loud as I used to, and a Deluxe Reverb is right for almost any occasion: it’s loud enough to play with a drummer, yet it’s small enough to kind of throw it in the car, I love that it has reverb built in. It can do rock n’ roll, country, jazz, whatever I want to do. On the rare occasions where I need to play louder, I would get the Bassman. I love lots an amps though. I’ve owned Fender amps since I was 17 years old, and I think they all have their place. There’s times when a Champ is the greatest amp you could possibly have!

What’s your favorite guitar?
I’ll show ya! (fetches it) I play Telecasters mostly, and this is a ’58 reissue, from the recent Vintage series that we did, and this guitar is just awesome. It’s light, it feels great, it sounds great, it pretty much does everything that I want. If I had to pick one guitar for the rest of my life, it would be a blonde maple neck Telecaster.